Adultery and the Law 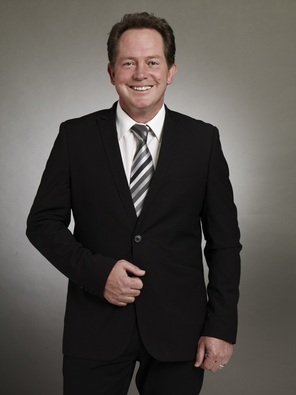 The conduct of the parties leading to the breakdown of the marriage does play a role in South African divorce law. In terms of the Divorce Act, a court may take into account a spouse’s conduct when making a cost order in contested divorce proceedings. Furthermore, the Act states that when making a maintenance order Courts have started to view divorce as a ‘no fault consequence’, and previously an innocent spouse was able to bring an action for damages against a third party (the co-defendant) with whom adultery was committed. Such a claim was brought even if divorce proceedings were not instituted against the guilty spouse. There were two grounds:


The Supreme Court of Appeal ruled on 24 September 2014 in the case of RH v DE that the law allowing civil damages claims against a third party for adultery is “archaic” and “the time for its abolition has come”. Judge F Brand’s judgement is seen as legal history and paved the path for the eradication of claims in cases of adultery.

The facts of the case:

The applicant, Mr DE, sued the respondent, Mr RH, in the North Gauteng High Court, Pretoria for damages on the basis that Mr RH had an extra-marital affair with Mr DE’s former wife, Ms H. Mr DE had launched his action based on the general remedy for the infringement of personality rights, specifically claiming for insult to his personality and the loss of comfort and society of his spouse. Mr DE was successful in respect of the claim for insult but the High Court found that the loss of comfort and society of his spouse could not be proved because there was no evidence to show that the adultery had caused the breakup of Mr DE’s marriage.

Mr RH appealed against these findings to the Supreme Court of Appeal. That Court recognised that our law currently allows for the claim of insult against a third party in the case of adultery. However, of its own accord, it raised the question whether the claim should continue to exist. In dealing with this issue, the Supreme Court of Appeal judgment canvassed the historical trajectory of the claim, foreign law, changing societal norms and the detrimental financial and emotional costs of an action of this nature. It concluded that in light of the changing values of our society, the claim based on adultery had become outdated and could no longer be sustained. The Court therefore abolished it.

From a legal point of view both the Supreme Court of Appeal and the Constitutional Court was correct in their findings that a claim against a third party for damages in case of adultery is no longer part of our law. Mr RH’s appeal to the SCA against the judgment of the trial court was originally focused against findings of fact and the application of such facts to the law. The Supreme Court of Appeal having addressed itself in some detail to the evidence adduced at the trial, found that not much reliance could be placed on credibility findings of the trial court which had been biased in its judgment and which had erred in its finding on the facts. Mr DE did not appeal against the SCA’s findings of fact and only directed his intended appeal on a question of principle, namely whether the finding that adultery is no longer part of our law is consistent with constitutional values and norms.

The facts before the Supreme Court of Appeal was inter alia that serious problems existed in the marriage between the Mr DE and Ms H. Mr DE demonstrated a profound lack of love, affection, caring and concern for Ms H’s physical, emotional and spiritual well being. He behaved in an abusive manner towards Ms H. This included evidence on one occasion of a physical assault and on another, of marital rape. Ms H took a decision to end the marriage and she left the matrimonial home with her children on 23 March 2010, having informed Mr DE that she was no longer prepared to continue with the marriage. Evidence led at the trial showed that a romantic attachment had developed between Mr RH and Ms H only after she had left the marital home. It was also common cause that a sexual relationship between Mr RH and Ms H had developed only after the consortium in the marriage had ended.

The delict of adultery was abolished in many foreign jurisdictions such as England, Scotland, Canada, Australia, France, the Netherlands, Germany and most states of the United States of America (which countries have no less regard for the sanctity of marriage than any other parts of the world), have recognized and accepted that the action is not desirable or necessary to protect the institution of marriage. The origins of the claim are deeply rooted in patriarchy. Originally only a man had the right to pursue a claim against a third party that had committed adultery with his wife. Wives were viewed as mere chattels. And that probably explains why the claim was available only against the third party, and not the wife who – in essence – was a co-wrongdoer. As time went on, South African courts began questioning the discriminatory nature of the claim. Making contentions based on Christian principles of fidelity, which are applicable both to husbands and wives.

The Constitutional Court was of the opinion that love and respect are foundations of a solid marriage and not legal rules. Those are within the control of the spouses themselves. After all, it is they who undertook to be truthful and faithful to each other. The Constitutional Court was further of the view that the obligation pre-eminently rests on the spouses themselves to protect and maintain their marriage relationship. Subject to some cultural variations, love, trust and fidelity are the bedrock on which a marriage relationship is built. Whittle or take that away, the relationship may perish. It is the spouses that must avert anything negative befalling the foundation of their marriage.

The Court was further of the opinion that the he delictual claim is particularly invasive of, and violates the right to, privacy. The Supreme Court of Appeal dealt with the abusive, embarrassing and demeaning questioning that Ms H suffered in the High Court. She was “made to suffer the indignity of having her personal and private life placed under a microscope and being interrogated in an insulting and embarrassing fashion”. Likewise, in order to defend a delictual claim based on adultery, the third party is placed in the invidious position of having to expose details of his or her intimate interaction – including sexual relations – with the adulterous spouse. That goes to the core of the private nature of an intimate relationship.

The court further made the point that our modern day idea of the sacrosanctity of marriage and its concomitant protection by the law are by no means what they were in, say, the times of King Henry VIII, who – because of Roman Catholic tenets, at a time when there was not much separation between church and state – could not even get a divorce and was forced to decree that thence forth the Church of England would be separated from the papal authority of the Roman Catholic Church. Needless to say, he was then free to follow his heart’s desire, although he was excommunicated by the Pope for this conduct. We have come a long way from those strictures and gymnastics. That is because times are changing, and the law – though still recognising the sanctity of marriage – has moved with the times both in its conception of the institution of marriage and the punitive extremes to which it will go to protect it.

Counsel for Mr RH, Advocates Kuny and Ndlokovane, correctly argued that there is a glaring inconsistency in the action for adultery in that it is available against the third party only and not against the adulterous spouse, who is clearly a co perpetrator, and being the party who has promised fidelity, is arguable more legally and morally culpable than the third party. They also argued that the action for adultery is often used by an aggrieved spouse in a divorce action as a weapon in terrorem to exact a settlement which such party might not otherwise be capable of achieving and it often leads to abuse. They also highlighted in argument the obvious difficulties that would arise in determining what constitutes adultery between same-sex partners. It is also arguably not possible to apply the action equally and in a non-discriminatory manner in polygamous marriages which are legally recognised under our constitution and which incorporate asymmetrical concepts of sexual fidelity.

Advocate Dave Smith SC, who appeared for the Applicant (ex-husband) had argued for the important role that a civil claim for adultery played. It sent out a message that marriage was ‘holy’ and that outsiders should not interfere. Adultery was a sin according to all the major religions. He also argued that such a claim was a “release mechanism” that gave the “injured spouse” a legal way of “soothing his or her feelings.”

In his introductory remarks during the judgement, Justice Mbuyiseli Madlanga, said the decision was “undoubtedly of historical moment” in South Africa. Chief Justice Mogoeng Mogoeng agreed, but, with Justice Edwin Cameron, he added an additional brief judgment saying that the law had a role in supporting marriage by helping ensure that barriers to family life were removed, but “The rest is in the hands of the parties to the marriage.” “The law cannot shore up or sustain an otherwise ailing marriage,” he stated. “It continues to be the primary responsibility of the parties to maintain their marriage.” “For this reason the continued existence of a claim for damages for adultery by the ‘innocent spouse’ adds nothing to the lifeblood of a solid and peaceful marriage,” the Chief Justice said.

There is no evidence that the action for adultery would deter a spouse in a marriage from committing adultery nor would it deter a third party from committing adultery with a married person. It has long been recognized that adultery is a symptom of the breakdown of the marital relationship and not the cause. In 1978, the Law Commission on divorce, which was responsible for the present Divorce Act 70 of 1979 (introducing the no-fault system of divorce), stated that “Adultery and malicious desertion are for the most part only the ultimate acts which indicate that a marriage has broken down. They are more often the effects of a marriage having broken down than the causes of breakdown”.

In the Supreme Court of Appeal's judgement the court did not deal with other possible claims based on the actio iniuriarum which relate or are connected to the institution of marriage, such as the action for abduction, enticement and harbouring of someone's spouse. The judge commented as follows: “I leave the sustainability of their continued existence as the subject of consideration for another day. The court also made no comment on the continued existence of the claim against a third party, based on adultery, for the patrimonial harm suffered by the innocent spouse through the loss of consortium of the adulterous spouse, which would include, for example, the loss of supervision over the household and children. This may well afford the innocent spouse a claim.

Sources: Media Statement and Judgement Constitutional Court and Heads of Arguments of the parties.