Need assistance to Return an Abducted child to his/her country of origin? 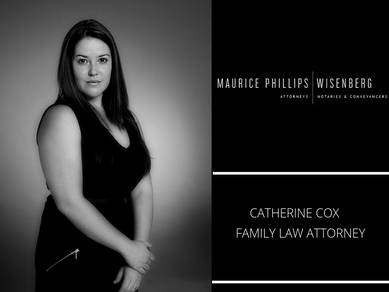 The Hague Convention on Civil Aspects of International Child Abduction

South Africa is a party state of the Hague Convention on Civil Aspects of International Child Abduction, an international treaty aimed at preventing the removal of a child from the jurisdiction in which he/she normally resides by a parent or caregiver without the consent of the other parent or caregiver and to facilitate the return of the child wrongfully removed. South Africa ratified the Convention in 1996 and it came into operation on 1 October 1997.

The purpose of the Convention is to secure the prompt return of any child wrongfully removed to or retained in a contracting state. The Convention binds member states to assist the parent or person left behind. By providing a simplified procedure and additional remedies to those seeking the return of a child who has been wrongfully removed or retained, the convention aims to curb international abductions of children.

The purpose of a speedy return is to place the child in the jurisdiction of a court that is better appraised to deal with the merits of the parental dispute. A child removed from one parent and taken to another country is subjected to the concentrated influence of the custodial parent; time favours the abductor. Unless firm steps are taken to ensure the prompt implementation of the Convention procedures, in a prolonged separation, the ‘absent’ parent’s influence on the child will wane. In addition, this parent will be at a considerable disadvantage in litigating a contested claim for custody and access in the courts of a country other than those of the place of habitual residence (the country from which the child has been removed). Few people can readily afford litigation in their own jurisdiction, let alone in foreign courts, where the legal system may be different, laws and even language unfamiliar, costs substantial, and facilities for legal assistance difficult to obtain or non-existent.

Most European and Commonwealth countries, as well as the US, are members. On the African continent, only South Africa, Mauritius and Zimbabwe subscribe to the Convention. When a child is removed to a country that is not a party state to the Convention, the South African High Court, as the upper guardian of minor children, will have jurisdiction and the application should be made to such a court for the return of the child. The Convention only applies to wrongful removals/retentions occurring after the treaty became effective between the involved countries.

Wrongful removal or retention of a child

The removal or retention of a child is to be considered wrongful:


The rights of custody mentioned above may arise in particular by operation of law, by reason of judicial or administrative order, or by reason of an agreement having legal effect under the law of that state. The Convention applies to any child who was habitually resident in a contracting state immediately before any breach of custody or access rights.

Where a child has been wrongfully removed or retained and, at the date of the commencement of the proceedings before the judicial or administrative authority of the contracting state where the child is, a period of less than one year has elapsed from the date of the wrongful removal or retention, the authority concerned shall order the child’s immediate return.

In practice, applications are generally heard on an urgent or semi-urgent basis by way of notice of motion proceedings. Inevitably, the overriding principle that our courts refer to is the best interest of the child principle. In South African law, the right to consent to or refuse the removal of a child from South Africa is entrenched in the concept of guardianship. In terms of the Children’s Act, 38 of 2005, a person who has parental responsibilities and rights in respect of a child has the right to act as guardian of the child, and a guardian must consent to the child’s departure or removal from South Africa. Where more than one person has guardianship over a child, all must consent before the child can be removed.

Opposing an application for return

If a child has been wrongfully removed for less than one year, the child’s removal is to be ordered forthwith under the Convention. The Convention makes it mandatory for the judicial authority to order return. However, the Convention does make provision for the abducting parent to oppose the application for the return of the child, and the court has discretion to order or refuse the return based on the evidence brought before it.

When there is a grave risk that returning the child will expose him/her to physical or psychological harm, or would place him/her in an intolerable situation, the court hearing the application is not bound to order the child’s return. Mere allegations of grave risk will not persuade a court to refuse the return, however; it must be shown that the risk is serious or that the envisaged harm is of significant proportion.

Among the most popular defences raised in return applications is that the child objects to the return. In such instances, an assessment must be made, usually with the assistance of a family counsellor or psychologist, to ascertain whether the child possesses sufficient maturity to form a viewpoint that the court may consider. The child’s reasons for objecting will also be examined in order to exclude possible influence by the abducting parent.

If the child has been wrongfully removed for more than one year, and available evidence indicates that the child has become settled in the new environment, the court may not necessarily order a return. In cases where the child’s return would be contrary to South Africa’s fundamental freedoms and principles relating to the protection of human rights, the courts are under no obligation to order the child’s return.

A court may also withhold permission to return the child if he/she is above 16 years of age and therefore not covered by the Convention.

Care and contact rulings made in South African civil courts

An order granting care and contact can be used as proof of the existence of parental rights by the parent seeking the return of the abducted child. Where an abductor seeks an order in the South African court that will have the effect of ratifying the wrongfulness of the child’s removal to or retention in South Africa, the Central Authority will invoke the Convention to stop or suspend the proceedings until a decision has been made on the return of the child to his/her country of habitual residence. The judicial authorities/courts of a contracting state to which a child has been taken or retained in are required by the Convention to not decide on the merits of custody rights until a determination has been made that the child will not be returned.

Recovering a child from a non-contracting state

From a South African perspective, it is advisable that the left-behind parent obtain an order through the normal civil procedures, which declare the removal/retention of the child unlawful and a breach of their parental rights. Once such an order has been obtained, the left-behind parent must obtain a mirror order or an order for enforcement in the foreign jurisdiction that also orders the return of the child. This route is very expensive as it involves the instruction of lawyers in foreign countries. For this reason, the Hague Conference on Private International Law is taking steps to encourage other countries to consider contracting under the Convention.